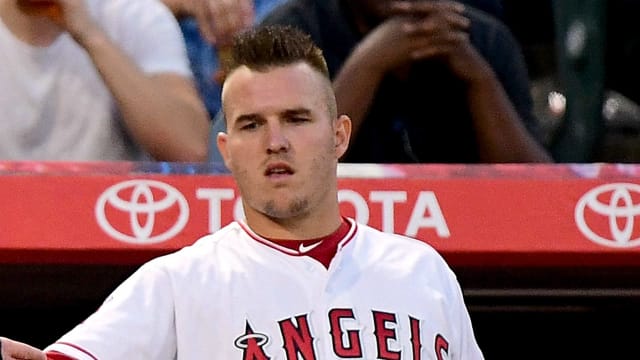 Mike Trout was hard to miss at the NFC Championship Game in Philadelphia on Sunday.

Not just because he is one of baseball's biggest stars, but because he was wearing a dog mask.

Trout has been an Eagles fan since his childhood. Of course, the big thing with Eagles fans this week has been dog masks and T-shirts.

It started when Eagles offensive lineman Lane Johnson and defensive end Chris Long donned dog masks after last week's win against the Falcons, to symbolise Philadelphia being the first number one seed in history to be a home underdog against a number six seed.

Countless other Eagles fans turned out with dog masks and T-shirts Sunday. None of them are two-time American League (AL) MVPs.

Trout loved what he saw as the Eagles were well on their way to Super Bowl LII with a commanding 38-7 lead in the fourth quarter.