I am happy with our squad - Pochettino denies Malcom rumours 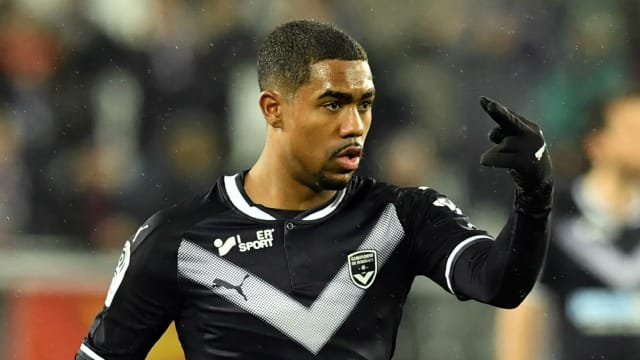 The winger is a reported target for Spurs and north London rivals Arsenal, having hit seven goals in Ligue 1 this season, while Spurs are yet to make a signing in the January transfer window.

But despite Spurs struggling for creativity in Christian Eriksen's absence during Sunday's 1-1 draw at Southampton, Pochettino denied a move for the Brazilian is imminent.

"That is a rumour and I don't want to speak about it," Pochettino told Sky Sports when asked about 20-year-old Malcom.

"I am happy with our squad. We are open to quality players, but it is difficult in this transfer window."

Mauricio: "It was a battle. We had the possession, but we didn't use the ball in the way we usually do to win games." pic.twitter.com/vLuP8mhys8

But after Kane missed a last-minute opportunity to snatch all three points, Pochettino said his side had done enough to win the game.

"I think it was an even game and a difficult game to play," Pochettino added. "The pitch was in a difficult condition. It was tough. A battle. It was fair, the result.

"We struggled to play. It was in possession, we made mistakes which allowed them to play. To win the game we should do better and play better. It wasn't great.

"We still have the possibility to fight [for the top four]. Southampton are in a relegation battle so it is not easy, they fight to survive. Every ball, they were aggressive. But it was our mistake to not win the game."

9 - Southampton have now lost nine points from leading positions at St Mary's this season; more than any other Premier League side on home soil. Deficiency. pic.twitter.com/BSEDy3BcxI

Southampton are in the relegation zone, without a win in their last 10 Premier League matches, but Mauricio Pellegrino was buoyed by his team's performance.

"I think we are on the right path," Pellegrino told Sky Sports. "In the last four games we responded really well. Obviously this is the attitude we need to show in the next game [at home to Brighton and Hove Albion] - it's massive for us.

"We knew this. In the second half they played with a diamond, one between the line and two strikers, they were dangerous. But we had space in wide areas and we had a couple of chances. They are an amazing team with great players. Most of the time we defended well.

"We have to be confident but we are not in the best moment so players might not want to take risks, this is part of football.

"For me every single game is an opportunity to improve. We have improved a lot and we have to continue in this way. In three or four weeks time everything can change. We have to be optimistic but we will continue to improve."