Federer coasts and Djokovic survives injury scare, but it's lights out for Zverev 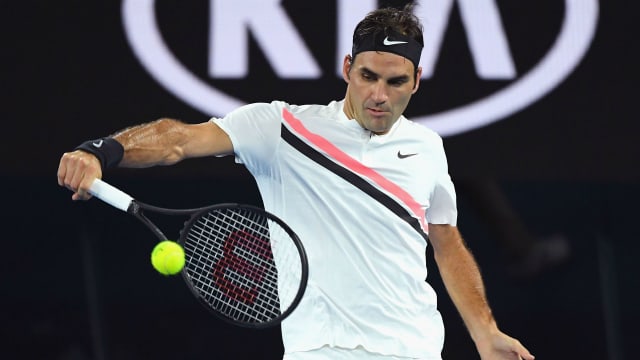 Roger Federer coasted into round four of the Australian Open and Novak Djokovic overcame an injury scare, but a frustrated Alexander Zverev was knocked out by rising star Hyeon Chung on Saturday.

Defending champion Federer was at his graceful best in a routine victory over Richard Gasquet, while former world number one Djokovic was hampered by a hip complaint yet nevertheless won in straight sets against Albert Ramos-Vinolas.

Zverev, fancied as an outsider for glory in Melbourne, was frustrated by a lack of light as he was sent packing by NextGen Finals champion Chung in five sets. Juan Martin del Potro was also ousted in round three.

Federer may now be 36, but Father Time shows no signs of catching up with the evergreen Swiss, who was a 6-2 7-5 6-4 victor over Gasquet on Rod Laver Arena.

The 19-time grand slam champion is yet to drop a set in Melbourne, and his awesome backhand was a potent weapon throughout against Gasquet. A last-16 tie with Marton Fucsovics awaits.

"I started as a kid with a double-handed backhand and then let go. That left-hand is just decoration right now."

On the face of it, Djokovic - a six-time winner in Melbourne - enjoyed a comfortable 6-2 6-3 6-3 beating of Ramos-Vinolas.

However, the Serbian - back playing competitively after a six-month lay-off with an elbow problem - was clearly inconvenienced by an issue with his left hip from the start of a second set where he needed a medical timeout.

Djokovic later calmed any fears, though, saying: "It was okay. Nothing major. I knew I wanted to use the medical timeout because I needed it, but at the same time I knew it was nothing major that can potentially raise the question mark on whether I can continue playing or not."

Despite an injury concern, @DjokerNole continues to power on

LIGHTS OUT FOR ZVEREV

A frustrated Zverev was seen remonstrating with the umpire on more than one occasion and later explained his annoyance was due to the fading Melbourne light.

"You know, rankings sometimes lie. The way he was playing, it was definitely not whatever he is ranked. This was a top-10 level match from the start til the end."

Dominic Thiem (5) marched on, though, with a straight-sets win over Adrian Mannarino and will next face Tennys Sandgren, who needed four to beat Maximilian Marterer.