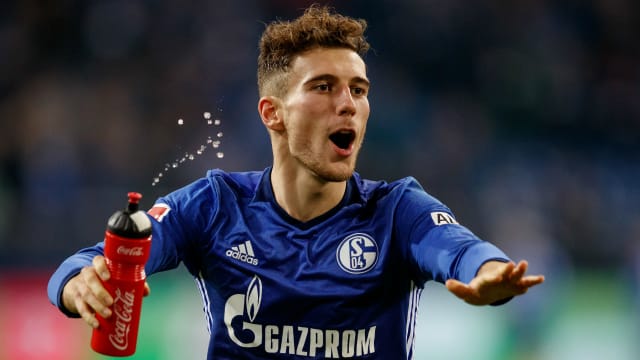 The Bundesliga champions announced on Friday that a deal has been reached to sign the midfielder when his Schalke contract expires after the end of the season.

Goretzka had been linked with the likes of Liverpool, Barcelona and Juventus before agreeing to a four-year deal at the Allianz Arena.

Bayern chairman Karl-Heinz Rummenigge described the move as good news for the Bundesliga and Heynckes is also delighted to see a young Germany international stay on home turf.

"I talked to [assistant coach] Peter Hermann, who worked with Leon Goretzka at Schalke, about him," he told a news conference. "He said Leon has a very good character. In the Bundesliga and at the Confederations Cup, he showed very good performances.

"I assume he will give everything for Schalke until June 30 and that he wants to be in the Champions League with his club.

"For the Bundesliga, it's very good and very important for a Germany international to stay in Germany. There were competitors from England, Italy and Spain. But, in the end, he decided to sign for Bayern.

"He is a very young player. With him, the process of rejuvenation goes on at Bayern. That's something very positive. New players bring new impulses. You know as well as I what skills he has."

Bayern take on Werder Bremen on Sunday looking to at least maintain their 13-point lead at the top of the table.

Heynckes confirmed striker Robert Lewandowski is set to return from a knee injury but defenders David Alaba and Mats Hummels will miss out due to illness.

"Robert Lewandowski has made a good impression in training. He says he is hardly in any pain any more. He is available again," said Heynckes.

"Mats had a bad cold and then a fever. He has been back on the pitch doing light fitness work, but he will not be risked against Bremen.

"David Alaba has a gastrointestinal infection, so he didn't train and is being kept away from the team."