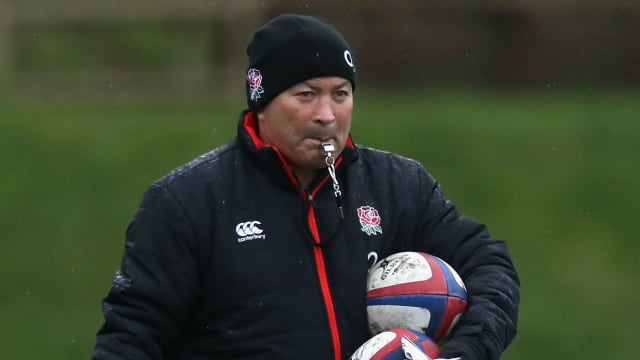 The contract extension agreed by England coach Eddie Jones will not preclude him from potentially leading the British and Irish Lions in 2021, according to Rugby Football Union (RFU) chief executive Steve Brown.

It was announced on Wednesday that Jones, having transformed the team's fortunes since replacing the sacked Stuart Lancaster in the wake of a disastrous 2015 Rugby World Cup campaign, has agreed to remain in charge of England until 2021 and will play a role in identifying his successor.

Should the team perform strongly at the World Cup in Japan next year, the Australian is likely to be in the frame to take over from Warren Gatland as Lions coach when the representative side tour South Africa.

And Brown, speaking to BBC Sport, indicated the RFU is unlikely to block the 57-year-old from pursuing the prestigious temporary appointment.

"We certainly wouldn't preclude him from doing the Lions," Brown said.

"We are planning for success, so we would hope to come off the back of a very successful World Cup, and Eddie is likely to be one of the most successful coaches out there.

"We also have a say in that, we are a quarter shareholder in the Lions, so it would be daft of us not to consider that as an option, so that is definitely not precluded."

"Our intention is to win #RWC2019 and make all those fans out there happy."

Addressing a news conference following the announcement of Jones' new deal, Brown also indicated the RFU may look abroad again for the right candidate to take over from the ex-Australia and Japan boss.

"We want the best coach for England, not necessarily the best English coach," he said.

"If the best English coach is available at the time and fits the plan, then absolutely.

"We have just started the beginning of that process, making sure we have everything in place. We have time to start identifying people, engaging with people where appropriate. Eddie will be working with us on that."