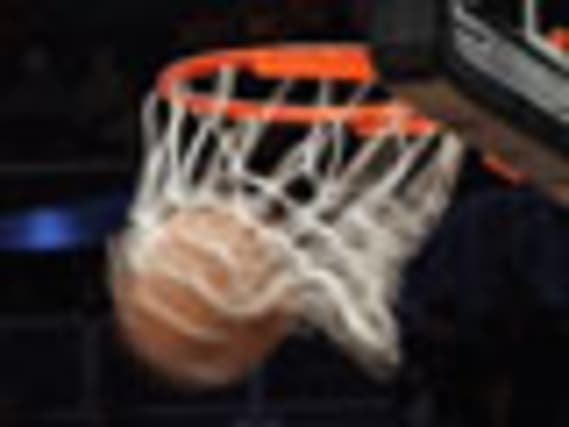 AS Monaco maintained their perfect record in Basketball Champions League Group A with a resounding 87-55 victory which struck a big blow to Dinamo Sassari's hopes of reaching the last 16.

Christopher Evans put on a show at Stade Louis II on Tuesday, scoring a game-high 23 points as leaders Monaco made it 11 wins out of 11 despite being without captain Amara Sy and Gerald Robinson.

Ovie Soko inspired Murcia to an 85-65 home victory over Oldenburg, a result which leaves the two sides locked on 18 points behind Monaco.

Soko scored 27 points and grabbed 11 rebounds for the Spanish side, who sit four points behind Monaco along with Pinar Karsiyaka - 95-93 winners at UNET Holon on matchday 11.

Juventus Utena stayed in the hunt for a top-four finish, defeating bottom side Enisey Krasnoyarsk 81-73 to sit four points behind the trio of sides below Monaco.

Besiktas took over at the summit of Group D, beating previous leaders Nymburk 91-80 at Akatlar Arena.

D. J. Strawberry saw the fruits of his labour, having top scored with 18 points, and Earl Clark finished with a 16-point haul in a contest which Besiktas took charge of in the second quarter.

In-form PAOK enhanced their chances of qualifying with a 90-81 success against fourth-placed Elan Chalon.