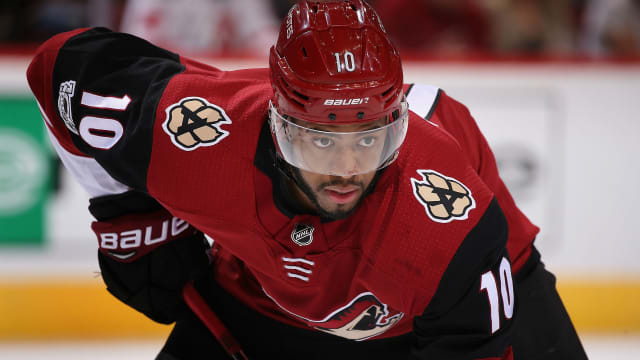 Chicago (21-15-6) also acquired Adam Clendening in the deal and sent Laurent Dauphin to the Coyotes.

Duclair has nine goals and 15 points in 33 games this season, while Panik has not lived up to his two-year, $5.6million contract, recording just six goals and 10 assists in 37 games.

Canadian left wing Duclair scored 20 goals and 24 assists in 81 games in his first full season (2014-15) but the former third-round pick has had his ceiling stunted with the Coyotes' poor performance over the past three years.

It's official: #Blackhawks acquire forward Anthony Duclair and defenseman Adam Clendening from ARI in exchange for Panik and Dauphin: https://t.co/FZ5piPUdRAhttps://t.co/Kd805m30FM

The 22-year-old will be a restricted free agent after this season.

Coyotes general manager John Chayka sees the 26-year-old Panik as a "nice addition" for the 10-27-6 club, who are last in the NHL.

Clendening returns to the Blackhawks after being drafted by Chicago in the second round of the 2011 NHL Draft.

He has played in 86 career games with six teams over four seasons, registering 24 points (4G, 20A). He will report to the Rockford IceHogs, the Blackhawks said in a statement.