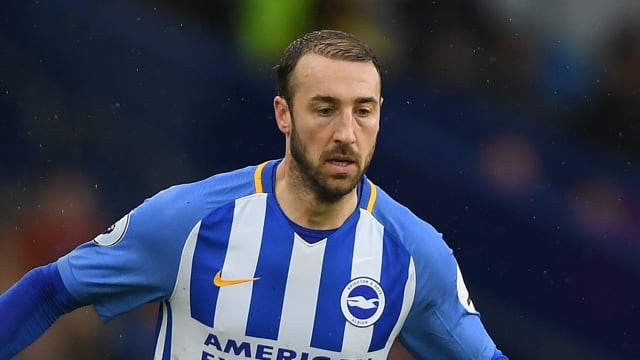 Glenn Murray scored a late winner against his old club as Brighton and Hove Albion knocked rivals Crystal Palace out of the FA Cup in Monday's FA Cup third-round tie.

Dale Stephens rifled Brighton ahead midway through the first half with his first goal since December 2016, collecting a pass from Ezequiel Schelotto and smashing past Wayne Hennessey at his near post.

After 69 minutes, Bakary Sako lashed a swerving 25-yard drive in off the post to level the contest - his fifth goal of the season taking him joint-top of Palace's scoring charts this season - but it was not enough.

Video Assistant Referees (VAR) were being trialled for the first time in competitive English football, but match official Andre Marriner did not need to consult the technology after substitute Murray settled the tie with three minutes to play, getting the decisive touch on Uwe Hunemeier's looping header to score a close-range winner.

Championship side Middlesbrough will welcome Brighton to the Riverside in the fourth round.

The Seagulls leave it late but Murray's goal sends @CPFC crashing out of the @EmiratesFACup pic.twitter.com/C89TPD4uKC