Aubameyang 'not a possibility' for Arsenal, insists Wenger 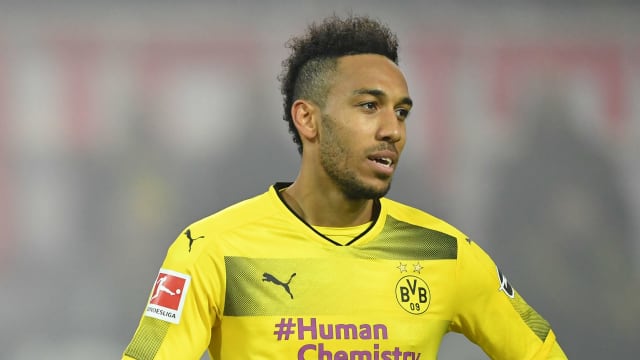 Signing Borussia Dortmund star Pierre-Emerick Aubameyang is "not a possibility" for Arsenal, according to Arsene Wenger.

Recent speculation has suggested the Dortmund striker has emerged as a target for Arsenal, potentially as a replacement for Alexis Sanchez, who has entered the final six months of his contract.

Aubameyang has been excellent in the Bundesliga this season, scoring 13 goals in 15 appearances despite Dortmund's erratic form.

But the Gabon international is seemingly out of Arsenal's reach for now, with Wenger unequivocal about a potential move for the prolific attacker.

When asked if Aubameyang was being considered as a target, Wenger told reporters: "No, that's not a possibility."

Wenger also discussed the future of Theo Walcott, who is being linked with a return to Southampton.

The England international has played just five times for the Gunners in the Premier League this term, but Wenger is keen to retain him.

One player who does look set to be moved on, at least temporarily, is new signing Konstantinos Mavropanos.

The 20-year-old Greek defender looks set to be sent out on loan for the remainder of the season.

The boss has been talking about Mavropanos...

"The plan is that he goes out on loan to play somewhere. It can be a German club - I'd prefer him to play at the top level and gain experience."#NFFCvAFCpic.twitter.com/AVPXxxH4Mc

"The plan is he goes out on loan to play somewhere. It can be a German club. It doesn't really matter, but he needs top level experience.

"He is 20 years old, so for a central defender he is not ready to start with his, so he needs to get experience."