Halep and Sharapova saunter through in Shenzhen 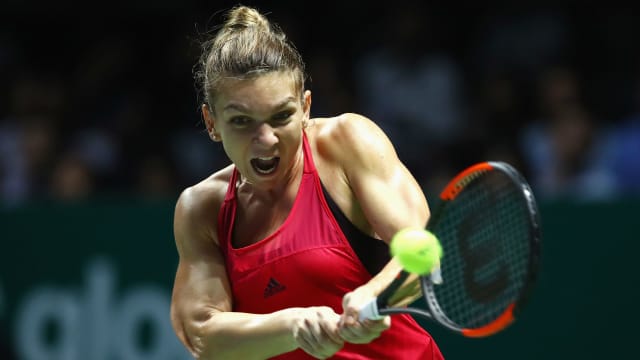 World number one Simona Halep eased into the semi-finals of the Shenzhen Open with a straight-sets victory over Aryna Sabalenka, while Maria Sharapova also sailed into the last four.

Halep's victory over Duan Ying-ying on Wednesday guaranteed she will be the top seed at the Australian Open this month and the Romanian moved a step closer to starting the season with a title a day later, beating Sabalenka 6-2 6-2.

The 26-year-old took just 57 minutes to defeat the world number 73 from Belarus, breaking five times and failing to hold just the once to set up a meeting with Irina-Camelia Begu, who beat Timea Babos 7-5 7-5.

Halep won the first three games of the match and wrapped up the first set in a hurry after Sabalenka halted her momentum by breaking to get on the board at 3-1.

It was plain sailing for the favourite in the second set, losing just two points on serve and breaking twice to advance at a canter.

Sharapova also needed only two sets to go through, seeing off Zarina Diyas 6-3 6-3.

The five-time grand slam champion hit 24 winners and served five aces, her 22 unforced errors not proving to be costly.

Sharapova will now be up against Katerina Siniakova at the semi-final stage after the defending champion ousted Kristyna Pliskova 6-2 6-2.