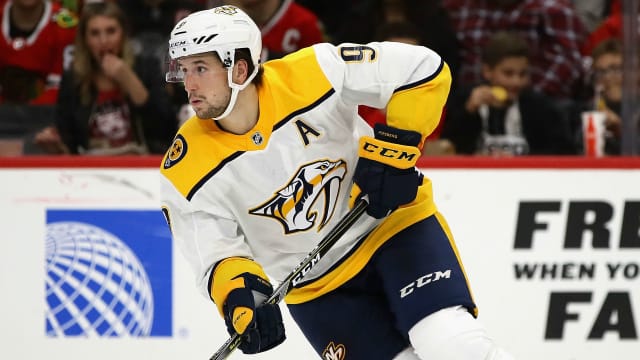 The Nashville Predators are going to have to learn to live without injured star winger Filip Forsberg for a while.

Forsberg will miss four to six weeks with an upper-body injury, the team announced on Wednesday.

The 23-year-old Swede was hurt against the Minnesota Wild on December 29 and missed the Predators' last two games, ending his run of playing in 325 consecutive regular-season and playoff matchups.

Forsberg leads the Predators with 15 goals and 34 points.

He led the team with nine goals and 16 points during last season's run to the Stanley Cup Final.