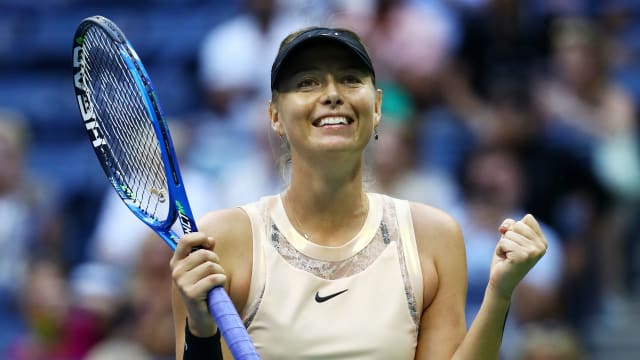 Maria Sharapova made a winning start to 2018 as she cruised to a 6-3 6-0 victory over Mihaela Buzarnescu in the first round of the Shenzhen Open.

The five-time grand slam champion took one hour and 22 minutes to get the better of Buzarnescu on her Shenzhen debut and will face Alison Riske - victor over fifth seed Wang Qiang on Sunday - in the second round.

"Every match gets tougher and as a competitor and someone who tries to be realistic, I like to only look ahead to the next opponent," she said.

"She [Riske] beat a crowd favourite yesterday, so I know I have a tough match ahead, but I just want to keep playing better, and keep improving no matter who is across the net."

World number one and 2015 Shenzhen champion Simona Halep also got off to a winning start, beating Nicole Gibbs 6-4 6-1.

"I started with a victory, which means a lot to me, to have a happy start. I look forward to the next matches and hopefully I can become better and better."

Seventh seed Maria Sakkari won the first set of her first-round clash with Danka Kovinic but ultimately fell to a 4-6 6-2 6-3 to the Montenegrin qualifier.

Fellow seeds Zhang Shuai (3) and Timea Babos (8) had no such problems as they saw off Anna Blinkova and Wang Xiyu respectively.