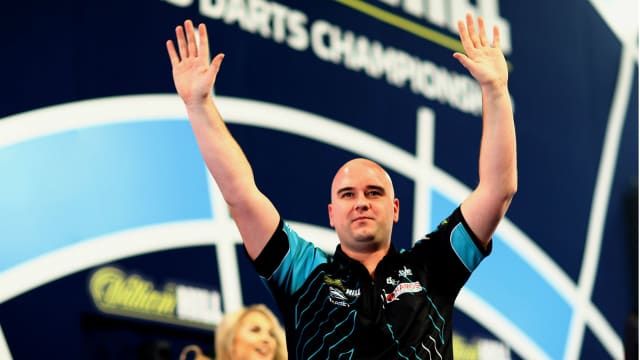 Phil Taylor's dreams of finishing his glittering career with a 17th PDC World Darts Championship crown were spectacularly dashed as he was beaten 7-2 by Rob Cross in a sensational final at the Alexandra Palace.

Taylor, darts' most successful player by a distance, lined up in his 21st final on Sunday against a man who only turned professional in early 2017 and was playing in his first World Championship.

If Cross was supposed to suffer with nerves on the biggest stage of his career, he had not read the script as he quickly settled in with the sort of high scoring that had helped him to see off Michael van Gerwen in the semi-finals.

Cross - working as an electrician as recently as a year ago prior to earning his PDC tour card - was relentless early on, a pair of maximums setting the tone in the third game of the match.

He took out 47 to move one set ahead, and within the blink of an eye he had trebled his advantage - 'Voltage' peppering the treble 20 with unerring accuracy.

Checkouts of 167 and 153 left the normally unflappable Taylor reeling, and even when the Power took the fourth set 3-0 it could not halt the Cross juggernaut.

THAT IS A HUGE SHOT FROM ROB CROSS | Voltage takes out 167 to take set two.

With the wind finally in his sails, Taylor went agonisingly close to a nine-darter, the veteran bending the wire of double 12 to be denied at the last.

1 millimetre from a truly historic moment in darts.....#WHdarts#LoveTheDartspic.twitter.com/XWLPKnKvcj

When he had another chance to take out the leg he failed, though, and Cross took full advantage, moving 4-1 ahead.

Cross edged to within two sets of victory with his three-dart average still up around 109, meaning Taylor's impressive 103 average was not enough to keep him in contention - something the normally raucous crowd could not comprehend as silence engulfed the arena.

Another missed finish cost Taylor the seventh set as Cross comfortably found his trusty double 18, and even though 'the Power' narrowed his deficit slightly he could not stop the inevitable.

Having relinquished the eighth set, Cross regained his composure to wrap up a remarkable victory over the greatest darts player in history - Taylor taking the adoration of the crowd as he finally bowed out.