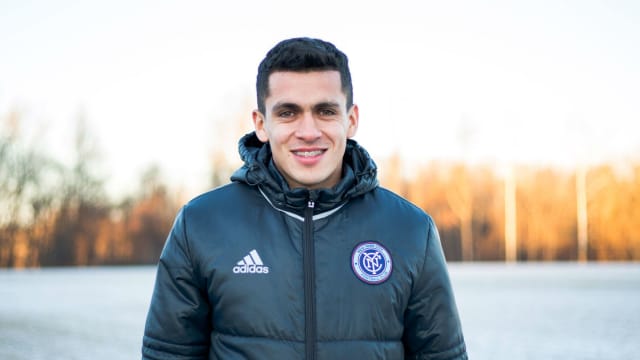 Medina has been heavily linked with a move to Manchester after impressing with Club Libertad in his native Paraguay, but will begin his time with City Football Group in MLS.

The 20-year-old becomes New York's third designated player after signing a four-year contract, his move subject to him obtaining a visa.

New York head coach Patrick Vieria is excited to have Medina in his ranks for the new season and expects him to have a big impact.

"We are really delighted that we have managed to bring Jesus to the football club because we believe that he's a special talent," said Vieira.

"Jesus has got talent, he's got pace, he's a really good dribbler, and he's somebody who can assist and score goals as well. For a player of such a young age, he has a really strong character and I think he will be a great addition."