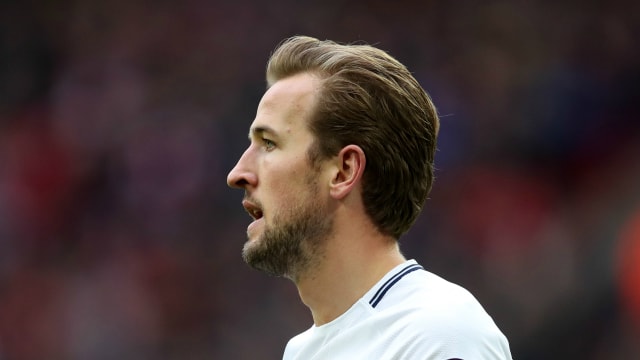 Kane - a doubt for Spurs' January 2 game at Swansea City due to illness - has hit hat-tricks in his last two Premier League appearances against Burnley and Southampton.

The England forward's goalscoring exploits meant he broke Alan Shearer's record of Premier League goals in a calendar year, as well as surpassing Lionel Messi's haul for club and country in 2017.

Kane has indicated he would be happy to stay at Tottenham for his whole career despite regular speculation linking the striker with clubs including Real Madrid.

And Pochettino is confident of keeping hold of his star man, with Kane targeting Shearer's all-time record of 260 Premier League goals.

"We want him here, so there is no current price," said Pochettino. "We can talk about many things but it is impossible to put a price on him.

"That is for [chairman] Daniel Levy, not me. It is easy for me, for Daniel it would be different.

"Nothing has changed, for me he was a superstar three years ago, a year ago, six months ago, one week ago. He has always been treated as a superstar.

"We trusted him from day one here because we felt the potential and he deserves full credit for all he has achieved.

"Alan knows better than me as he is English and he knows the English mentality. It is possible he could be this type of player, like [Francesco] Totti at Roma. It would make our fans happy as Harry is a great professional. So why not?"

Great to break the record for @premierleague goals in a calendar year but couldn't do it without my teammates!  #COYS#THFC#PremierLeaguepic.twitter.com/YOEcQcbGcs

Pochettino was asked to compare Kane's value with Liverpool's deal for Virgil van Dijk, which Southampton confirmed is a world-record for a defender - the fee reported to be £75million.

"There is no price [for Kane]," Pochettino asserted. "We need to talk about reality and the reality is that Liverpool paid £75million.

"If you want a player and a club asks for a price and you pay, that is the reality of Van Dijk. We cannot create fantasy around a player.

"For Kane, if an offer arrived, we will see. £100million, £300million, £500million - football is football and it is about the offers and market. Clubs can do what they want, it is not my business."

"I never listen [to rumours] and hear nothing about this player," the Argentine added.