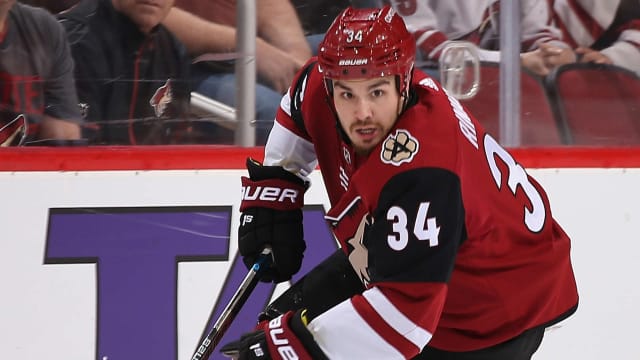 The NHL announced on Wednesday that Rinaldo has been banned for six games for punching Girard during Arizona's 6-2 win over the Avalanche on December 23.

After a violent collision with Avalanche center Nathan MacKinnon, Rinaldo decked Girard and knocked him out with a single punch.

The punch ignited an ugly brawl and the NHL said Rinaldo's suspension for a punch to an unsuspecting opponent.