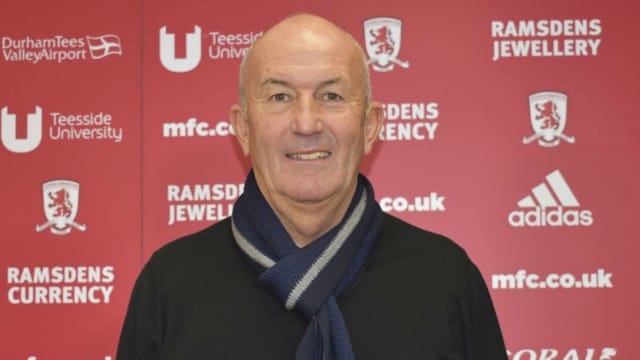 Championship underachievers Middlesbrough have turned to Tony Pulis in a bid to boost their hopes of an immediate Premier League return.

Monk left the club ninth in the table, three points off the play-offs, with Pulis now brought in to help bridge that gap, although he will watch Tuesday's match against Bolton Wanderers from the stands as Craig Liddle takes caretaker charge.

Pulis was sacked by West Brom last month and had been linked with the Wales job, Swansea City and even a return to Stoke City, with Mark Hughes under pressure.

The 59-year-old told the club's official website: "I wanted a challenge - a real challenge - and this reminds me so much of Stoke when I went there with [chairman] Peter Coates.

"[Boro chairman] Steve Gibson is a football man who understands the game. I have great respect for him as a person and an owner.

"I really am looking forward to this. The immediate challenge is finding out about the football club and as a team we have to get as many points as can, as quickly as we can.

"I wanted to come at this time because we have so many games in a short space of time, and I can assess everything."

No details over the length of Pulis' deal were disclosed.