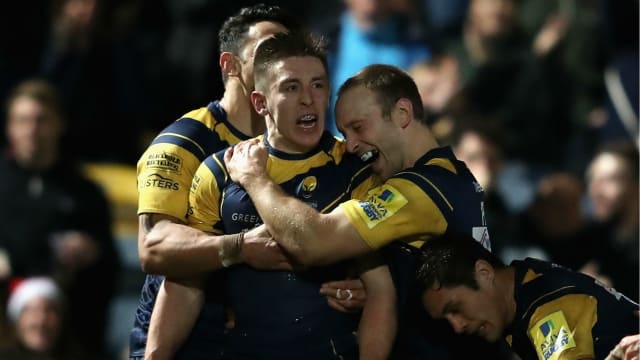 Worcester held a six-point lead over Irish as the two sides occupied the bottom two places in the league heading into the weekend.

But that gap now stands at a daunting 10 points for Irish after Worcester made a flying start to the encounter - a record 191st for referee Wayne Barnes in the competition.

Josh Adams crossed after five minutes and five points from the boot of Chris Pennell opened up a 10-0 advantage, before Alex Lewington helped reduce the deficit to two at half-time with a superb solo try.

He's refereeing his st #AvivaPrem game which is a new record

That proved to be the sum of the Irish challenge, however, as Adams touched down again early in the second half and Worcester racked up 13 unanswered points.