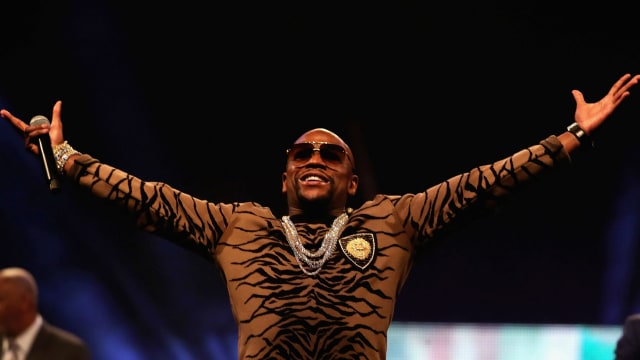 Floyd Mayweather Jr said Dana White's claim that the boxing great could try his hand at mixed martial arts is wide of the mark.

UFC president White said Mayweather was in talks over a potential UFC deal after returning to the boxing ring to beat Conor McGregor this year.

Mayweather wasted no time in responding, stating that he has no plans to showcase his talents in the octagon.

The 40-year-old told FightHype.com: "That's not what I said. Exactly what I said is if I made over a billion dollars before, I could do it again.

"If I chose to get in the UFC and fight three fights or fight four fights and then fight Conor McGregor, I could make a billion dollars, which I can...we just don't know what the future holds for Floyd Mayweather.

"And I don't look forward to getting back in a boxing ring. I'm not doing it, but I'm saying I could make a billion dollars quick if I wanted to. But I never said I was going to fight in UFC, I didn't say that. Would and could are different things."

Legendary American Mayweather knocked UFC champion McGregor out in the 10th round at T-Mobile Arena in Las Vegas back in August to improve his perfect record to 50-0.