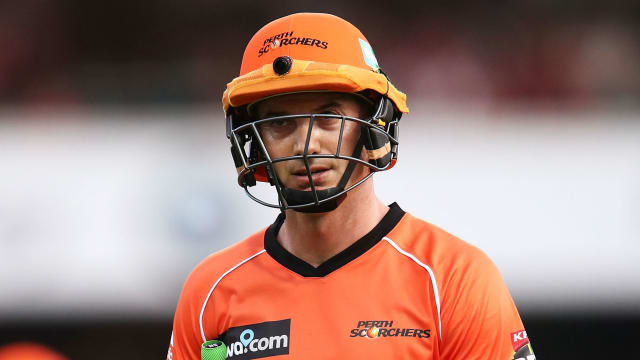 Michael Klinger's participation in the Big Bash League is in doubt after his wife, Cindy, was diagnosed with breast cancer.

Klinger, who made his Twenty20 international debut for Australia earlier this year at the age of 36, is the leading run-scorer in BBL history and played a starring role in last year's final as Perth Scorchers claimed their third title.

However, in an open letter published on the Scorchers' website on Wednesday, the veteran batsman revealed his wife's recent cancer diagnosis and acknowledged his sporting career was understandably no longer a priority.

"Playing cricket, right at this moment, is secondary," wrote Klinger.

"It still may happen, because Cindy wants me to play and says it will be a good distraction for her and the kids to see me do so, either on TV or at The Furnace.

"But, by my choice, if playing clashes with any appointments or treatments, or if Cindy or the kids need me, I will be by their side."

The Scorchers begin their BBL campaign on Saturday against Sydney Sixers.

Scorchers coach Justin Langer was quoted by PerthNow as saying: "It's a really simple message to Michael at the moment. Family is absolutely [the] number-one priority.

"There's zero expectation from our point of view. He's earned the right to play when he feels ready to play.

"It'll be his call and we'll respect that. It puts everything into perspective, and his family is his number-one priority."