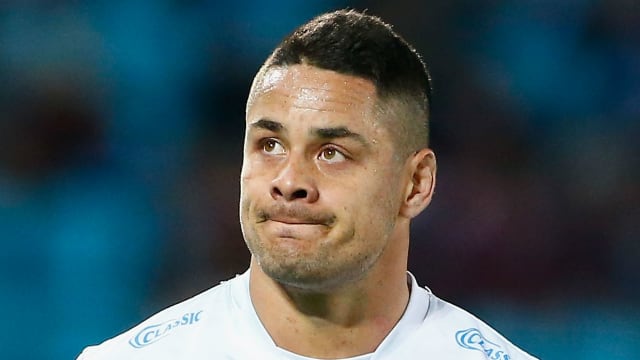 Lawyers acting on behalf of Jarryd Hayne have said the Parramatta Eels back "unequivocally and vehemently denies" allegations he sexually assaulted a woman during his time with the San Francisco 49ers.

In a civil suit filed in Santa Clara on Tuesday, a woman identified only as 'J.V.' alleges she was raped by Hayne in December 2015.

The matter was reported to the San Jose Police Department in May 2016, but a criminal case was ultimately dropped following investigations, with the District Attorney ruling "there was not enough evidence to prove the crime of rape beyond a reasonable doubt".

On Wednesday, a statement from the Madison Marcus Law Firm was issued on behalf of Hayne and published on the NRL's official website.

It read: "Mr Hayne and his management are aware of recent media speculation in relation to a civil complaint filed in the United States of America making certain allegations in relation to an event which allegedly occurred in 2015 whilst playing for the San Francisco 49ers.

"Mr Hayne has not been served with any proceedings or formal complaint relating to the incident.

"Mr Hayne unequivocally and vehemently denies the allegations which are the subject of the civil complaint. Mr Hayne will not be making any further comment in relation to this matter."

Hayne, who played eight games in his brief stint with the Niners before returning to the NRL, recently rejoined the Eels from Gold Coast Titans.

A statement from Parramatta NRL chairman Max Donnelly read: "The club has been made aware of serious allegations regarding Jarryd Hayne during his time with the San Francisco 49ers. We were unaware of these allegations until they were made public today.

"As with any legal matter, it is important that we follow due process and ensure that we review all relevant information available, including giving Jarryd the opportunity to respond.

"The club will continue to monitor the situation and when appropriate we will provide an update to members and media."