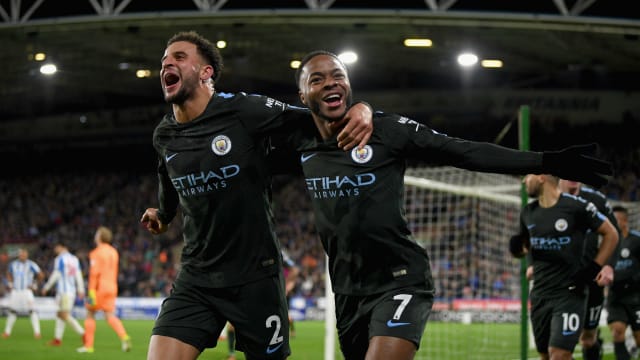 Reports circulated following City's 4-1 defeat of Tottenham on Saturday that the England international had been racially abused and kicked as he arrived at the club's training base prior to the match.

GMP announced on Tuesday that an arrest was made in connection with an incident on Clayton Lane that they are treating as a "hate crime".

Karl Anderson, 29, has now been charged and remanded in custody to appear at Manchester and Salford Magistrates' Court on Wednesday.

Following Mr Anderson's arrest, Detective Chief Inspector Paul Walker said: "Racism will not be tolerated in Greater Manchester and has no place in civilised society. We take every report incredibly seriously."

Manchester City are yet to comment on the allegation or the arrest.

Sterling is the top scorer for the Premier League leaders this season, with 15 goals in all competitions.