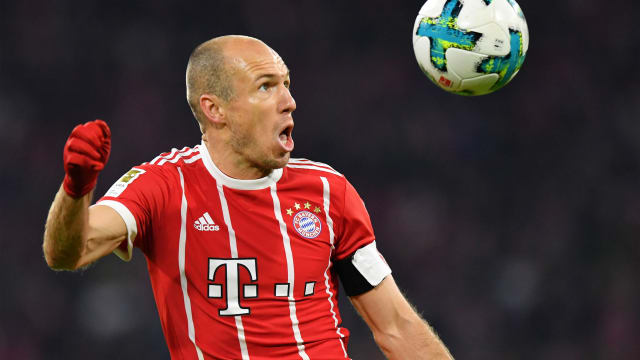 Arjen Robben will miss Wednesday's DFB-Pokal Klassiker clash with Borussia Dortmund after failing to shake off a thigh injury in time.

Robben sustained the issue in Bayern's 2-1 victory over Anderlecht in the Champions League on November 22 and has not featured since for the Bundesliga champions.

But the last-16 fixture against Dortmund has come to soon for the former Netherlands international.

"But I don't want to risk him.

"Arjen himself has said it's too soon, so he's not involved for the match against Dortmund."

#Heynckes: "@ArjenRobben has trained well and is almost pain-free, but I don't want to risk him. Arjen himself has said it's too soon, so he's not involved for #FCBBVB." pic.twitter.com/176vYuQiux

Heynckes also stressed the importance of Robert Lewandowski to his plans, with the Poland international having been linked with a move away from the Allianz Arena in January after expressing frustration at player recruitment.

"For me, Lewandowski is one of the three best strikers in the world," he added.

"He will be very important in the second half of the season because he's always there when the team needs him."