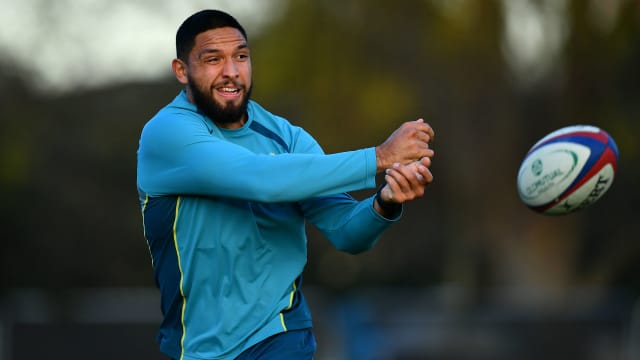 Australia utility back Curtis Rona will remain in Super Rugby after signing a two-year contract with Waratahs.

Rona scored a try on his Wallabies debut against New Zealand in August after catching Michael Cheika's eye during an impressive first season with Western Force.

The 25-year-old's future was up in the air after the Perth franchise were axed from Super Rugby, but he decided on a move to Sydney rather than resume his rugby league career or ply his trade overseas with the 2019 World Cup on the horizon.

"I am still coming to terms with how this year has turned out for me. It's been an incredible and humbling experience, and exciting at the same time." the former Sydney Roosters, North Queensland Cowboys and Canterbury Bulldogs man said.

"I know I still have to a long way to go if I want to play international rugby regularly and this is only the start of it.

"I grew up playing rugby union and knew I would always return to the game. And I cannot wait to join the team. This is a group that has won a Super Rugby championship before and I want to be part of a team that is driven to get back to winning ways again."

Waratahs coach Daryl Gibson added: "Curtis had a number of options available to him, including big money from overseas and rugby league clubs and it's great that he has committed to us. We want to help him achieve his goals and aspirations and add real value to the group.

"His signing is a boost to the squad and will add healthy competition, and create excellent depth across the outside back division."