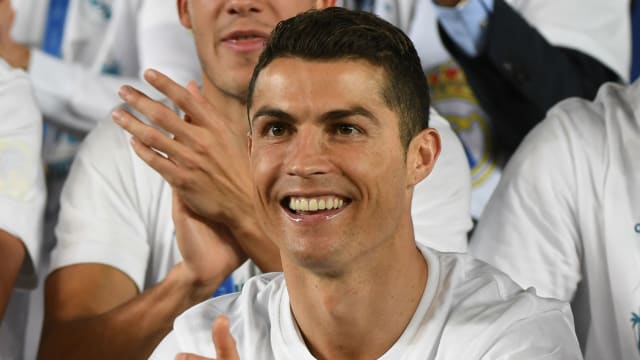 Renato caused a pre-match stir by alleging he was a superior player to Ronaldo during his time representing the likes of Flamengo, Roma and the Brazil national team.

Speaking to reporters after the match, Ronaldo seemed perplexed by Renato's remarks and responded with no little sarcasm.

"I don't know what to say to Renato Gaucho. It's not worthy of an answer," he said.

"I am happy and I scored the goal, so I am very happy.

"I think the best answer is laughing. If he thinks that I cannot say anything."

Nevertheless, Ronaldo suggested he was impressed to an extent by Renato, whose honours include the 1989 Copa America with Brazil and Gremio's maiden Copa Libertadores triumph in 1983.

"I heard that he said that and later I looked at his CV because I was curious and I could see he has a great CV," Ronaldo added. "I was curious."

Not unexpectedly, Renato felt there was little difference between Madrid and his own side in Abu Dhabi.

"Unfortunately Gremio didn't play a good match," he said. "We knew that we would face a very strong team, excellent players at a high level, one of the three best teams in the world.

"But we are saddened by defeat. At the same time, we are holding our heads high for everything we have done all year long. Real Madrid deserved the victory because they played better, but in my opinion they were not so superior because of the group of players they have."