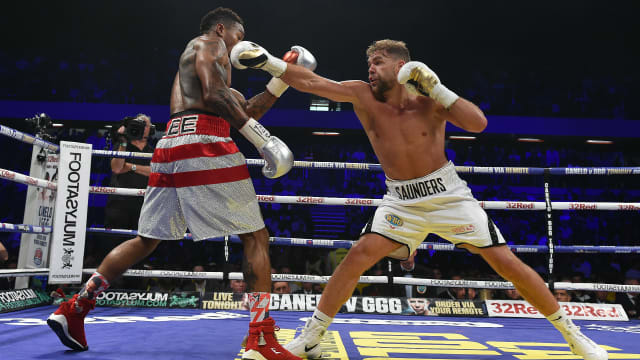 Billy Joe Saunders revelled in his victory over David Lemieux but expressed concerns his display was so good he may have discouraged the likes of Gennady Golovkin and Saul 'Canelo' Alvarez from future bouts.

Saunders retained his WBO middleweight belt with ease in Quebec on Saturday, earning a unanimous decision that was never in doubt.

Golovkin and Alvarez have been touted as possible 2018 opponents for Saunders, with the duo first set for a rematch following their draw in September, but the WBO champ believes they may think twice about facing him.

"Performances like that scare them off. It's alright performing a million dollars but they won't want to fight me fighting like that," Saunders told BT Sport.

"The crowd want to see a toe-to-toe war but I come out barely a scratch on me, world champion still.

"But you can't hit me. I like to come into someone's backyard because I perform better."