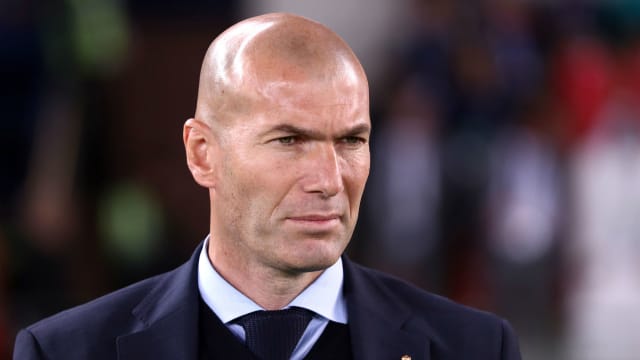 Zinedine Zidane is ambitiously targeting a remarkable sextuple after "phenomenal" Real Madrid won their third trophy of the season by beating Gremio 1-0 in the Club World Cup final on Saturday.

Madrid never looked like slipping up against the South American champions, dominating from start to finish in Abu Dhabi.

Cristiano Ronaldo ultimately proved decisive, scoring a free-kick in the second half to wrap things up, with Gremio unable to worry Keylor Navas in the Madrid goal.

That title saw them add to their UEFA Super Cup and Spanish Supercopa victories earlier this season and Zidane is still holding out hope of a clean sweep, with the Copa del Rey, LaLiga and the Champions League all still available to them.

"We have the dream that it [sextuple] will happen," Zidane told reporters.

"We have achieved the third title of the season, the fifth of the year, and it was important for us.

"We will continue, we must enjoy this trophy, rest and think again about the rest of the season. We're happy and we have to congratulate the players.

"We played the match well and we started with intensity. It must be said that defensively and in the transition we were phenomenal.

"When the players start to play, it is complicated for the opponent. We played a great match; a great match with a great performance."