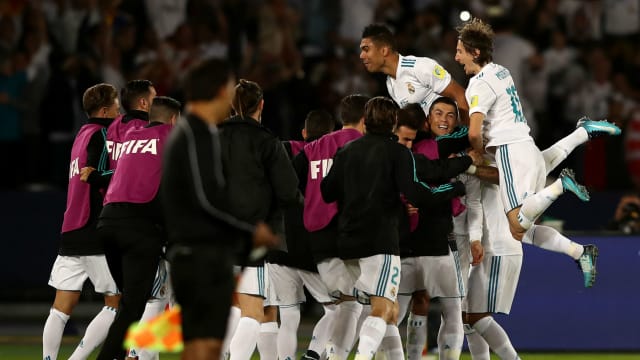 Real Madrid's 1-0 win over Gremio on Saturday saw them retain the Club World Cup title and take their trophy haul for a single calender year to five for the first time ever.

Zinedine Zidane's men dominated from start to finish in Abu Dhabi and deservedly defended their title thanks to Cristiano Ronaldo's second-half free-kick, winning them a third Club World Cup in four years.

The triumph means they will end 2017 having lifted five different trophies since the start of the year, an unprecedented achievement for the club.

By comparison, their great rivals Barcelona only won the Copa del Rey in 2017, and Madrid will close out the year against the Catalans next Saturday in the first Clasico encounter of the 2017-18 LaLiga season.