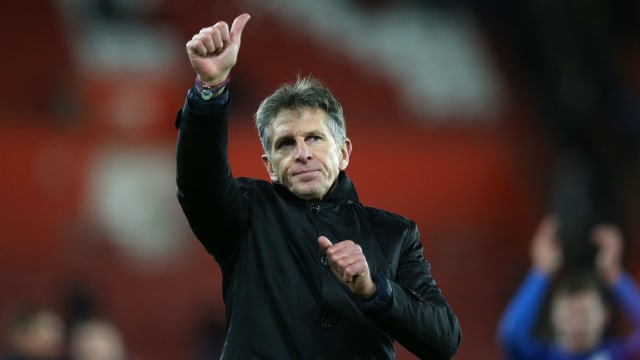 Puel's tenure at St Mary's was blighted by criticism of their effectiveness in attack, the Frenchman leaving in June after just one season in charge.

Since he replaced Craig Shakespeare at Leicester, the Foxes has been reinvigorated, and Puel's free-scoring side convincingly put Southampton to the sword.

Riyad Mahrez, Shinji Okazaki and Andy King put the visitors 3-0 ahead at the break, with Okazaki adding his second after 69 minutes to secure the points.

For Puel the victory gave him plenty of satisfaction, but not because it had come against his former employers.

"The result is the result," he said, as quoted by BBC Sport.

"It is a good feeling to come back here. It was nice to see familiar faces when I came back here. I have a lot of friends. I appreciated the staff and players.

It's a second for @okazakiofficial!

4-1 to the Foxes here at St. Mary's. #SouLeipic.twitter.com/AjMwHal5Kv

"My team is the most important thing. I am proud of my players because we gave a fantastic game. It was important to maintain the performance and it was a good result at half-time but we came back again."

Wednesday's win was a fourth in succession for Leicester and lifts them into the top eight of the Premier League, and Puel is keen to keep the momentum going.

He added: "It is a good result for us and now it's important to continue this.

"If we have the ability to maintain the good results with changes it will be good for the future. It is still the first part of the season and the Premier League is difficult every week.

"All is not perfect, we still need to correct things and make progress. Since the beginning my players enjoy their game and make the fans happy, which is the important thing."