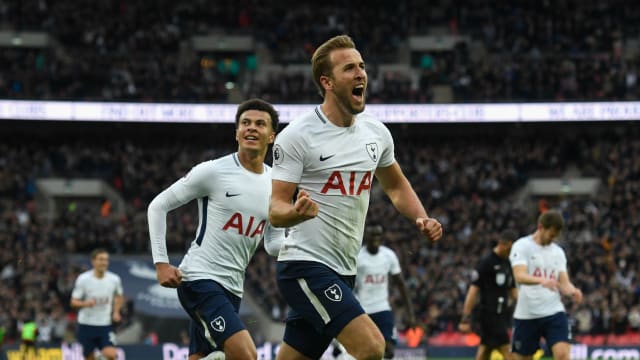 Kane has been in a prolonged rich vein of form and the England striker brought up 50 goals for club and country in 2017 on Saturday with a brace in Spurs' 5-1 demolition of Stoke City at Wembley.

Matthaus believes only Bayern number nine Robert Lewandowski is superior to Kane in his position at present, adding the at the 24-year-old has youth on his side.

Having already beaten Borussia Dortmund and Real Madrid during the group stages, Tottenham drew another heavyweight opponent in the Champions League on Friday and must face Juventus in the last 16 in the new year.

"Everybody in Europe is talking about Harry Kane," Matthaus said in a column in the The Sun newspaper.

"And they will certainly be talking about him even more in Italy now Spurs have drawn Juventus in one of the ties everybody will want to see.

"I really like Kane. If I was a manager, and had the money, I would go out and buy him tomorrow.

"The only player in his position I'd prefer in all of Europe is Robert Lewandowski -- and Kane is a lot younger and getting better.

"He works so hard, makes so many runs, moves into the right positions and creates things for his team. The other thing, which nobody can deny, is that he knows how to score.

"That is the greatest thing any striker can have and he can find the net from any distance, with either foot and his head."

5 - Harry Kane and Cristiano Ronaldo have both scored more goals than anyone else in the competition this season (5). Shootout. pic.twitter.com/nu3PqEyolj

Matthaus added: "He adapts to any situation, instinctively, and always seems to be in the right place, which is a gift of the best strikers.

"There is no doubt Kane could play for any club in Europe. That includes Real Madrid or Barcelona -- and he would score goals for any club."

The Netherlands striker failed to impress when given the chance and is now on loan with Fenerbahce, where he would welcome a long-term stay.

"I am at a team where I am very happy right now," the 23-year-old told Turkish sports newspaper Fanatik. "I opened a page here after falling down last season.

"I would like to continue my career at Fenerbahce. Unfortunately, not everything is [down to] me. My club's attitude will be decisive."