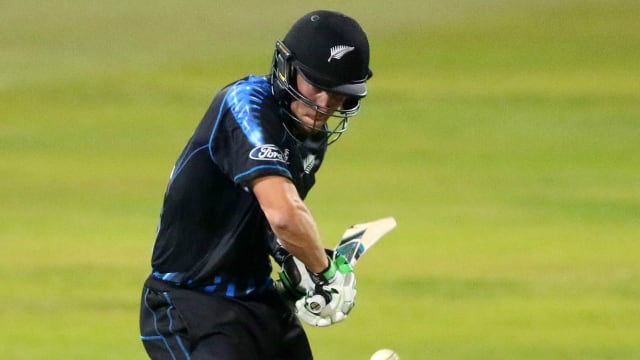 George Worker will open the batting for New Zealand in their one-day international series against West Indies as Martin Guptill battles to regain full fitness.

Worker, 28, was named in the ODI squad for the three-game series on Tuesday, with Guptill not yet recovered from a hamstring injury.

Selectors have turned to Worker, who will get his first chance atop the batting order alongside Colin Munro, starting against the Windies in Whangarei on Wednesday.

"We will miss Martin's influence at the top of the order, but unfortunately he is not back to full fitness and this provides a well earned opportunity for George in the ODI series," Black Caps selector Gavin Larsen said of Worker, who has played four ODIs previously.

"Lockie [Ferguson] has been in excellent form and we got to see a bit of him in Wellington while he was a part of the Test squad. To have him and Adam Milne in the squad is exciting from a pace perspective."

George Worker and Colin Munro are set to combine at the top of the order for the GJ Gardner Homes ODI series against West Indies. Squad | https://t.co/Womih3YQQq#NZvWIpic.twitter.com/K6gwaTlAh1

The Black Caps squad features some mixing and matching as New Zealand look to manage workloads ahead of a gruelling schedule on home soil.

Captain Kane Williamson will play the opening ODI before sitting out the remaining two matches and the first Twenty20 international, with Neil Broom and Mitchell Santner - out of the series opener due to a shoulder injury - to replace the former and Tim Southee in the pair of Christchurch clashes.

"It's a long summer, so for those guys playing in all three formats it's important we keep them fresh and build depth leading into a world cup year," Larsen added.

"Tim and Kane will both take breaks during this series, but there will be others who will also rest throughout the season."