Marsh confident and ready to heap misery on England 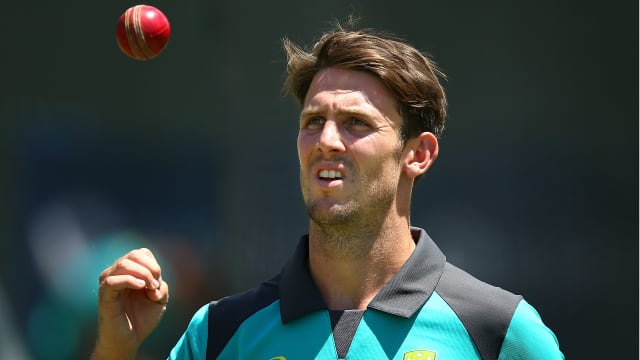 Mitchell Marsh is confident he can perform on the big stage against England in the Ashes, despite his surprise over returning to the Australia squad so soon.

Marsh is in contention to face England in the third Test at the WACA in Perth on Thursday and the all-rounder is being tipped to beat out-of-form Peter Handscomb to a spot in the XI.

With scores of 95 and 141 for a total of 402 with the bat at an average of 44.66 in the Sheffield Shield, Perth native Marsh believes he is well positioned to add to his 21 Test appearances.

"I know I'm in great form at the moment which is really good for my confidence going into this game if I do get picked," Marsh said.

"I've certainly had a lot of time to think about that [batting] over the last nine months.

"I've got that to a point now where I really do have a solid game plan I'm going to stick to no matter what distractions I have around me.

"That's probably something I've struggled with in the past...I've got a game plan I'm going to stick to and that's all that matters."

Lyon tipped to turn the pace-friendly WACA into his own hunting ground #Asheshttps://t.co/YL7VTrKTr1

Marsh last featured for Australia on the tour of India Marsh before succumbing to a shoulder injury.

The 26-year-old was forced to return home from India midway through the Test series following the recurrence of a shoulder problem, having not bowled while he scored just 48 runs in four innings during the first two matches on the subcontinent.

"I probably didn't have it in my plans to be playing [for Australia] so soon," Marsh said. "More so because of the injury.

"It's happened a little bit faster than I expected but at the same time I wasn't shocked. I'm ready to go if I get picked."

Marsh, who has bowled 22 overs this Sheffield Shield season for two wickets, added: "I'm now at the stage where I've just got a job to do if I get an opportunity to play and that's all that matters regardless of where I'm playing."