Mustafi out of Arsenal's trip to Southampton 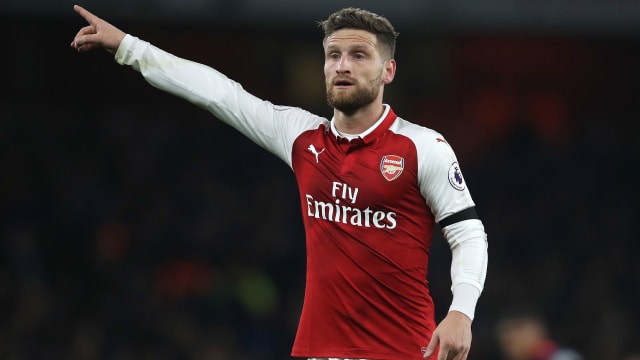 Arsenal will be without Shkodran Mustafi for Sunday's Premier League meeting with Southampton.

The centre-back limped off shortly after Manchester United's second goal in their 3-1 win over the Gunners at Emirates Stadium last weekend.

Manager Arsene Wenger says there is a chance the Germany international will be fit to face West Ham next Wednesday but he will not be involved at St Mary's Stadium.

"The only one out at the moment is Mustafi. He is certainly not available for Sunday," Wenger told Arsenal's official website.

"There's a little chance of him coming back for West Ham, but he will not be available for Sunday."

Wenger hopes to have Theo Walcott available after he was taken off as a precaution in the second half of the 6-0 Europa League thrashing of BATE on Thursday.

"He was alright [after the game]," he said of the England international. "He had a little tight calf and that's why I took him off. He looked alright after the game.

"I believe that rotation allowed us to protect the players a little bit, and the players who didn't play in the Europa League haven't had to travel either, so that helped."