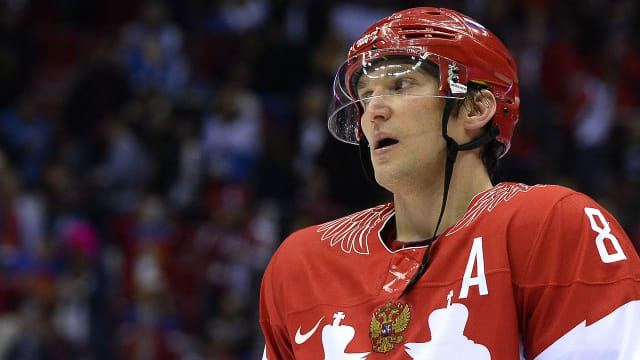 Russian ice hockey star Alex Ovechkin has said he will be firmly behind his countrymen when they compete under a neutral flag at the 2018 Winter Olympics in Pyeongchang.

On Tuesday, the IOC banned Russia from next year's Games after a 17-month investigation found a "systemic manipulation of the anti-doping rules and system" by the country at Sochi in 2014. Russian athletes, however, will be allowed to compete, albeit as individual athletes under strict conditions and not as representatives of the country.

Asked in the Washington Capitals' locker room if he is in favour of Russian athletes competing or would rather see them boycott the Games as a show of support for their nation, Ovechkin said, "I support it. It was funny, I woke up today and some guys in Russia said we should boycott, but I never said that.

"I support our decision, the hockey team, and I'm pretty sure they're going, and I'm gonna cheer for them."

Alex Ovechkin on the I.O.C. decision to ban Russia from 2018 Winter Olympics. #ALLCAPSpic.twitter.com/de5Cb7xtf6

Ovechkin was also asked on Wednesday if he is concerned that the doping controversy will stain the reputations of Russian athletes.

"The whole situation is a little bit hard, so I think time will slow the thing down," he said. "The most important thing is all the athletes, all the players have to go and do their best out there."