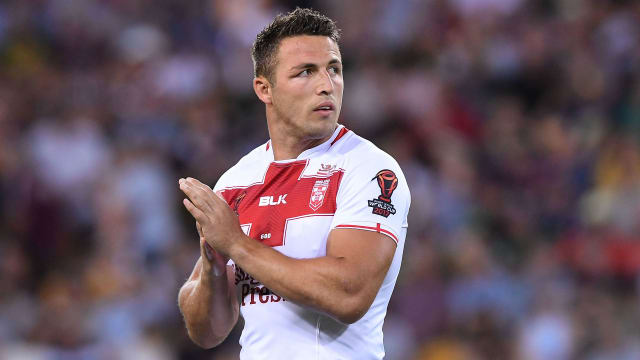 Sam Burgess rued England's failure to take their chances after they suffered an agonising 6-0 defeat to Australia in the Rugby League World Cup final.

England were beaten in the Suncorp Stadium showpiece as Boyd Cordner's first-half try proved the difference in Brisbane.

Despite enjoying substantial periods of sustained pressure on the Kangaroos' line, England could not break through.

But England captain Burgess was still proud of the effort produced by his side in a game opposing skipper Cameron Smith described as the toughest rugby league match he has played in.

The South Sydney Rabbitohs forward told BBC Sport: "It's really disappointing to lose in that fashion, we were really good but we just didn't finish our chances.

"What we've created and what we've built over the last six weeks has been fantastic. I'm just really proud of the team-mates, the staff, it's been a great effort. Unfortunately, we're one off again, we can regroup and improve."

The boys left everything out there #RLWC2017pic.twitter.com/2ucqzK9U56

England profited in part from New Zealand's inability to defeat Tonga in the group stage, with a semi-final meeting against the Kiwis the likely outcome had they prevailed in that encounter.

Tonga pushed England all the way in the last four, while New Zealand stunningly tumbled out at the hands of Fiji in the quarter-finals.

And Burgess hopes the emergence of some of the smaller nations will enable the tournament and international rugby league to prosper.

"It was a great game. It was end-to-end, it was physical, we were all out on our feet, it was a Test match and that's international rugby," Burgess added.

"Hopefully after this World Cup we've seen some nations come through, Tonga, Fiji, hopefully we'll see the World Cup grow and the international game goes where it should be."