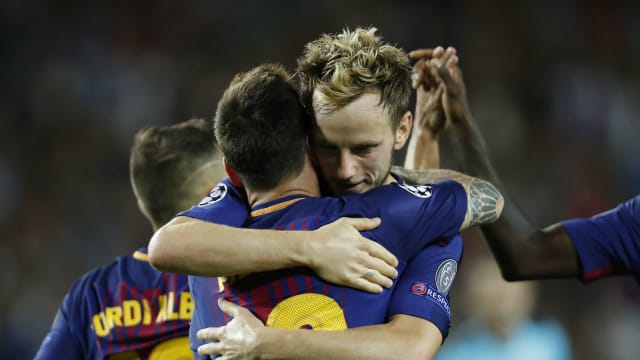 Messi and Argentina were placed alongside Croatia, Nigeria and tournament debutants Iceland in a tough-looking Group D at Friday's draw in Moscow.

Argentina were beaten finalists when Germany triumphed at Brazil 2014, but they needed heroics from Messi, who scored a hat-trick in their final qualifier against Ecuador, to get to the finals this time around.

Rakitic is part of a celebrated Croatia generation who are likely to have their final collective shot at a major tournament in Russia.

"I believe we have the quality to go through. I am glad to play against my friends Messi and Mascherano.

"It is a World Cup and we have to face the best. I can't wait for the World Cup, especially against Argentina.

"Respect towards Argentina and Messi but it makes our motivation even bigger."

Rakitic's national coach Zlatko Dalic unsurprisingly took a more pragmatic view and conceded he would rather not be making plans for Messi.

Zlatko Dalic: "It could have been better, it could have been worse. Group D will be a great challenge, but #Croatia has to believe". #BeProud#Vatreni#FIFAWorldCup#WorldCupDrawpic.twitter.com/xmDGPin5Kf

"Nigeria has a young team, very fast. I wanted to avoid those two or three best teams [like Argentina] but we have nothing to lose. They are favourites."

Iceland and Croatia were paired together in qualification, claiming a win apiece, and Dalic added: "Iceland, we know them well. I spoke to their coach [Heimir Hallgrimsson] and he said, 'Oh no, not you again'."