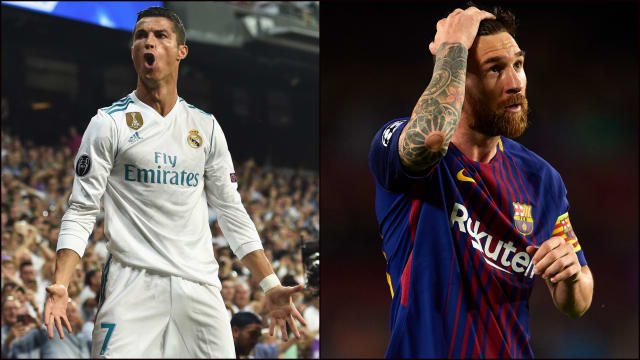 Robert Lewandowski thinks the era of Lionel Messi and Cristiano Ronaldo might not be seen again in 100 years - but also suggests he could be better than both.

The Barcelona and Real Madrid stars are the only players to have won the Ballon d'Or since 2008 and are the two favourites to capture France Football's illustrious individual prize in 2017.

Record goalscorers for their respective clubs and in the Champions League, Messi and Ronaldo continue to set the benchmark in world football after a decade of exceptional consistency.

Lewandowski feels he deserves to be mentioned in the same breath as the duo but did admit it is a privilege to have played during their careers.

Asked to compare himself with the best forwards in the world, the Bayern Munich star told TV show Kuba Wojewodzki: "Why shouldn't I put myself first?"

He then added: "It might be every hundred years that two such good players play at the same time, so I'm happy to be playing in that same period."

Lewandowski has won five Bundesliga titles and two DFB-Pokals with Borussia Dortmund and Bayern since moving to Germany from Lech Poznan in 2010.

The 29-year-old has twice finished a season as the leading goalscorer in the top flight and was also prolific in World Cup qualifying, with 16 goals in Poland's successful Group E campaign.

Lewandowski, though, had to overcome some serious self-doubt about his abilities before going on to thrive in Germany.

"When I left Poland, I had a lot of complexes - as every Polish man probably does - that I come from Poland and am worse than everyone else," he said.

"Why not me, why not someone from Poland, why should I feel worse than someone else if I can strive for the same things? My confidence has blossomed."