Bayern have no backup for Lewandowski - Muller 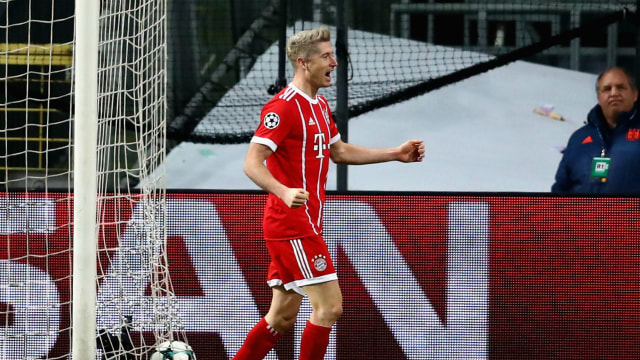 Thomas Muller is concerned about Bayern Munich's strength in depth in attack, but accepts it will be difficult to find a quality player willing to play backup to Robert Lewandowski.

Poland international Lewandowski recently urged the club to sign another striker to allow him the opportunity for more rests.

The former Borussia Dortmund star has shown few signs of slowing down this term and has 13 Bundesliga goals in as many matches, but he felt that bringing in a deputy would allow him to play 15 or 20 minutes less in some games, potentially minimising the risk of injury.

Hoffenheim's Sandro Wagner is reportedly a target Bayern are keeping tabs on, but Muller feels that any striker the club decides to go for will find life "complicated" playing second fiddle.

6 - Robert #Lewandowski is only the second @FCBayernEN player to score in each of the first 6 home games of a Bundesliga season after Gerd #Müller 1972-73. Record. #FCBFCA@FCBayernUS

"We have no player who can replace Robert Lewandowski as a striker, being the type of player he is," Muller told BayernTV.

"On the other hand, as has been said many times in the past, it's complicated to find a backup, because Lewandowski wants to play all the time.

"Of course, when I get tired, it's easy to say I could really need a backup right now, but if that's the case, then every three months it's also complicated for 'Mr. Backup'.

"A couple of weeks ago, Lewandowski was having problems and it'd have been good to have a backup, but when the coach wants to play the backup every third or fourth game and Lewandowski is fit, that's not a good situation either.

"That's for the club bosses and the coach to discuss and, at the end of the day, make a decision on that matter. It'll definitely be a good decision."