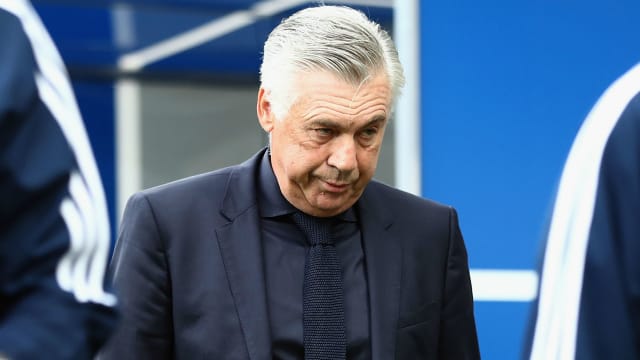 Robert Lewandowski appears to have suggested that Carlo Ancelotti's training methods are to blame for Bayern Munich's injury problems this season.

Franck Ribery, Thiago Alcantara, Thomas Muller, David Alaba and Arjen Robben have been sidelined in 2017-18, while Manuel Neuer is the long-term victim of a metatarsal problem.

Ancelotti was sacked in September after a 3-0 loss to Paris Saint-Germain in the Champions League and replaced by Jupp Heynckes.

Lewandowski, though, has hinted the team could still be paying the price for the Italian's approach to physical preparation, which reportedly met with the disapproval of several senior players.

"When many muscle injuries happen, you do not have to look at the last weeks of training, but go back two or three months. It is more likely that the reason is there," the striker told Bild.

Bundesliga leaders Bayern will seek to respond to a surprise 2-1 loss to Borussia Monchengladbach when they play host to Hannover on Saturday.