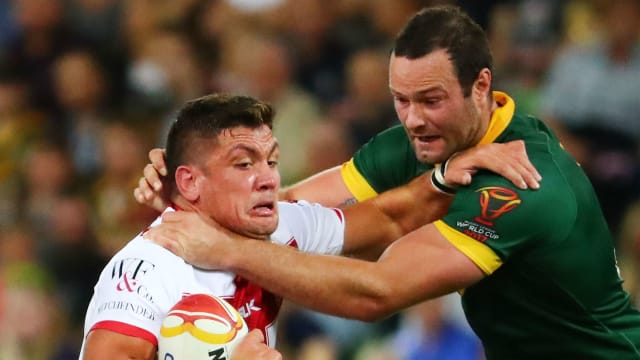 Chris Heighington has been recalled to the England squad for the Rugby League World Cup final against Australia on Saturday, when James Roby will start at Suncorp Stadium.

Heighington came off the bench in England's defeat to Australia in their opening game of the tournament and also played in the victory over Lebanon.

The veteran forward, who will join Newcastle Knights from Cronulla Sharks next season, is set to feature against his country of birth in the showdown in Brisbane, where England will attempt to pull off a shock to lift the World Cup for the first time.

Hooker Roby comes back into the side after Josh Hodgson suffered a serious knee injury in a dramatic semi-final victory over Tonga last weekend.

The Kangaroos, strong favourites to retain their title, named an unchanged squad after putting Fiji to the sword to reach another final.

Your England squad to take on the @Kangaroos in the @RLWC2017 Final.#BringItHomepic.twitter.com/dwFfSKjEZH