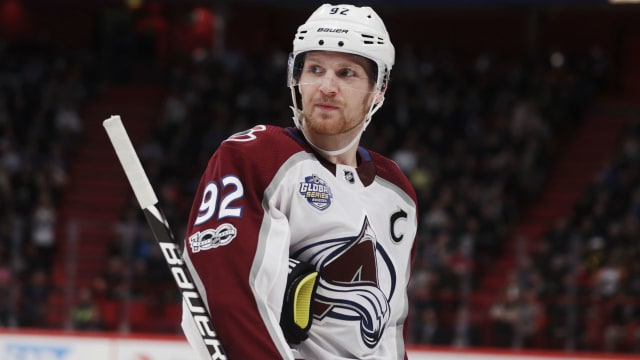 A cross-check will cost the Colorado Avalanche the services of Gabriel Landeskog for the next four games.

The NHL's player safety department announced on Monday that the Colorado captain has been suspended for his hit on Calgary Flames forward Matthew Tkachuk.

After the pair had battled for the puck behind the Avalanche net, Landeskog cross-checked Tkachuk in the neck area, sending the Calgary player's face into the back of the net.

"At no point is Tkachuk posturing to exchange cross-checks, as often happens during a game," the NHL said in its video announcing the discipline.

"Instead, he is off-balance and bent over when Landeskog recklessly and forcefully cross-checks his opponent in the head."

Landeskog will be eligible to return on December 7 against the Tampa Bay Lightning.