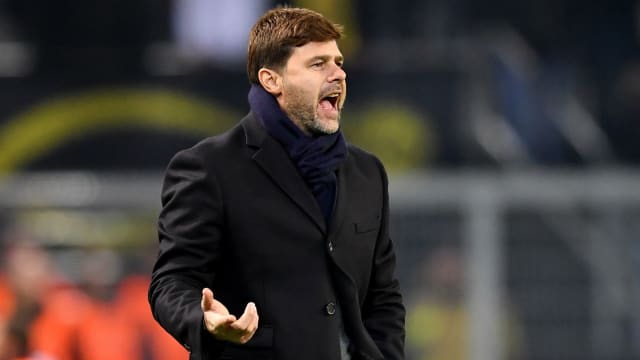 Tottenham manager Mauricio Pochettino was left to lament Salomon Rondon's early strike as the club's Premier League title hopes were dealt another blow with a 1-1 draw against West Brom at Wembley.

Rondon gave Albion a fourth-minute lead before a typically expert piece of movement and poaching from Kane in the 74th minute secured a point for Spurs.

The result means that Pochettino's side fall five points behind second-placed Manchester United, while leaders Manchester City will be 13 points better off if they can beat Huddersfield Town on Sunday.

The Argentinian was happy with his players' efforts, but was frustrated by conceding an early goal that put them on the back foot from the outset.

"I think we are disappointed because the effort from us was massive but we conceded the goal so early in the game, and they had the belief to play deep, so it was hard for us to move the ball," he told Match of the Day.

"In the last 15 minutes we increased our level and created a lot of chances to score but we weren't clinical. It is always difficult in the Premier League when you concede a goal so early, it changes the way the team wants to play.

"We took a lot of risks trying to score and we didn't concede many chances, they had the chance when they scored and one in the second half. The result is 1-1 and I'm disappointed because we lose two points. Now, we need to look forward now and try to win the next game."

Gary Megson took charge of first-team duties after Tony Pulis' sacking earlier in the week and the caretaker manager hailed his side's performance after what has been an eventful period for the club.

"They've had a lot of possession, but not many clear chances, so we defended really well actually, apart from their goal," he added.

"In terms of the week we've had, the performance we've put in and the energy the players had - I'm really happy with them, they can be really pleased with their efforts."

When asked about the managerial situation, Megson said: "I've said to the players we do everything as we would do normally, the players are in tomorrow to prepare for the Newcastle game, but whatever else goes on is nothing to do with me."