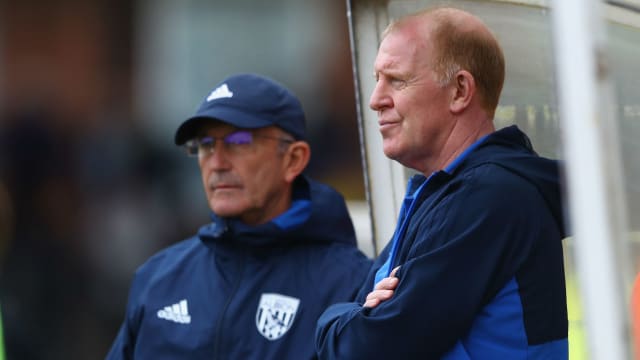 Interim manager Gary Megson insists he is not auditioning for the West Brom job, and does not know how long he will stay in charge as the club hunts for a new boss.

Megson had been serving as assistant to Tony Pulis until the former Stoke City manager's sacking following a run of 11 games without a win.

The interim coach, who was West Brom manager between 2000 and 2004, was disappointed to see Pulis leave and claimed he does not know the timescale for recruiting a replacement, as the Baggies prepare to travel to Tottenham on Saturday.

"There's nobody here who's using this as an audition to try and push themself forward for the West Brom job - myself included," Megson told a pre-match news conference.

"We're all here to roll our sleeves up and get the players in the right frame of mind to go out and compete.

"My role might finish in an hour's time and then the powers that be will decide what we do from that point onwards. Or it might not.

We'll hear from Gary Megson at 9am.

"In order to get the right person in the club's eyes, it takes time to go through the process. The departure of Tony wasn't something that was planned, so it puts everybody on the back foot, us included at the training ground.

"It's a disappointment, but it's just one of those things."

Alan Pardew has been widely linked with the top job at the Hawthorns. West Brom face his old club Newcastle United next week.