Gatland vows not to rise to New Zealand media barbs 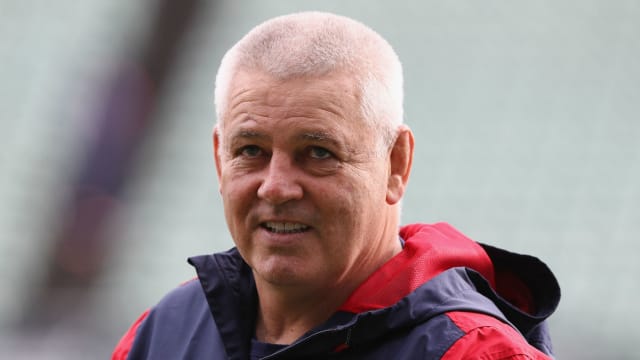 Warren Gatland was surprised by the intense criticism he received at the hands of the New Zealand press during the British and Irish Lions tour but has no intention of rising to more barbs ahead of Wales' Test against the All Blacks on Saturday.

New Zealander Gatland was pilloried in the media of his home country as he led the Lions to a drawn series against the world champions in June and July.

The 54-year-old is now back in his regular role as Wales coach and, speaking to reporters ahead of another meeting with his compatriots at Principality Stadium this weekend, it is clear the friendly fire he endured earlier this year has left some scars.

"Some people might have said that was me being naive. I hadn't expected personal criticism from day one but that's passed. It made me strong, it made me more resilient, it made me want to fight harder.

"If there's criticism of me this week, I won't be responding to it because there's no point, you can't win. At some stage I'll probably be dressed up as a clown again this week," he added, referring to a notorious newspaper image.

"There was some pretty underhand stuff going on and it was challenging. [There's] one or two people I'd like to get into a room with me but that might have to wait for another day."

Responding to suggestions there is a feud between Gatland and New Zealand coach Steve Hansen, the Wales boss replied: "People are trying to make something out of myself and Steve. I don't think there's anything between Steve and myself. I've got a lot of respect for him.

"I look forward to catching up with him after the game. We all understand the pressures that we're under."

Gatland does not know if star back Liam Williams will be available to face the All Blacks, saying: "He had a bit of an abdominal thing. We're going to wait for another 24 hours. We'll assess him and the forwards and see how they come through. [Flanker] Justin Tipuric is in training, [prop] Samson Lee is still struggling."

Finally, Gatland dismissed claims of gamesmanship after Wales did not send Leon Brown back on when Tomas Francis was sin-binned late in the Test win at home to Georgia on Saturday, leaving the hosts unable to contest scrums during a dramatic conclusion.

"We weren't trying to pull a fast one," he said.

"Even before Leon comes off, you can see he's been treated, the way that he's walking, he's trying to recover. We weren't trying to pull the wool over anyone's eyes."