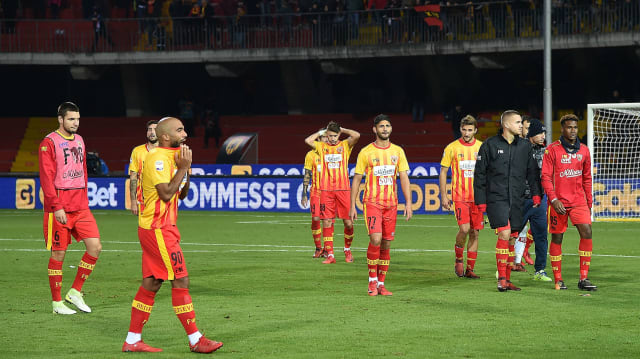 Benevento have become the first team to ever lose the first 13 matches of the season across Europe's top five leagues after a 94th-minute Federico Peluso goal secured Sassuolo a 2-1 win in Serie A on Sunday.

The loss at Juventus last time out, also by a 2-1 scoreline, saw Benevento match Manchester United's record of 12 successive defeats from the beginning of the 1930-31 season, but now they have a new record all to themselves.

Samuel Armenteros scored after 65 minutes to cancel out Alessandro Matri's opener and that goal appeared to have secured a draw for the promoted side, who were playing at home.

The awful streak was on the brink of ending, particularly when Domenico Berardi saw his penalty smash back off the crossbar for the visitors in the second minute of stoppage time.

But there was still time for Peluso to break Benevento hearts, as the former Juventus defender headed in from a last-gasp corner.

The result means Benevento remain pointless at the bottom of the table, six adrift of Verona in 19th, while Sassuolo moved up a place to 16th, going ahead of SPAL.