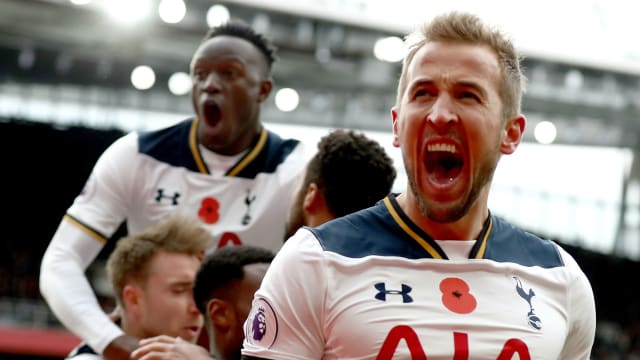 Kane has scored eight goals in 10 Premier League appearances for Tottenham this season and should be fit to play at Emirates Stadium this weekend after sitting out England's friendlies against Germany and Brazil.

Speaking to DAZN, ex-Gunners defender Eboue singled out the red-hot centre-forward as a key threat to Arsene Wenger's hosts.

"Harry Kane this year is unbelievable," he said.

"Everywhere he shoots [from] it's a goal. He's like Lewandowski. He's the same. Everything they do on the pitch is [a] goal. This kind of striker you have to be very, very hard on him [defensively]."

Eboue's loyalty to his former club is not in doubt, but the former Ivory Coast international acknowledged the strength of the side compiled by Mauricio Pochettino.

"Tottenham is a good team, you have to say the truth," he said.

"I support Arsenal and my son plays for Arsenal, but Tottenham, this year they are strong. They have a good coach, good team, young players.

"But me, I always wish the best for Arsenal, I want them to win."