Insigne: I had to accept Ventura's team selection for Sweden nightmare 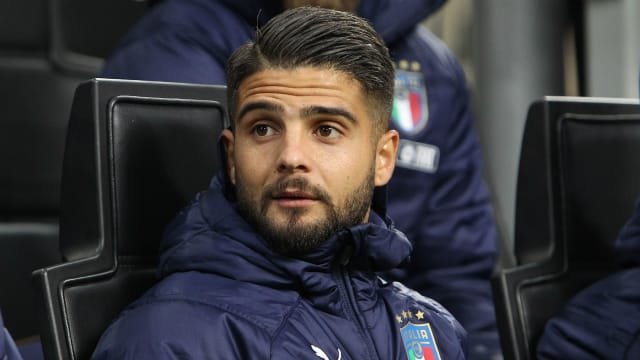 Lorenzo Insigne insists he will not look back with any hard feelings after being left on the bench as Italy crashed out of World Cup contention.

A goalless draw in Milan on Monday sent Sweden through with a 1-0 aggregate victory, meaning the Azzurri will miss the tournament for the first time since 1958.

Insigne has been in fine form for table-topping Napoli this season and it came as a surprise to many, including Daniele De Rossi, who was caught on camera making the case for the 26-year-old's introduction, that he was not utilised at all by coach Gian Piero Ventura in such an important fixture.

Ventura's days in charge appear numbered as Italian football bears the backlash of a nation embarrassed by its team's shortcomings, but Insigne is putting a brave face on the situation.

"We gave our all to the end but we did not manage it. We apologise to all of Italy, we will do it again next time.

"I have always said I accepted the coach's decisions. He made these choices and I have no regrets.

"It was a game to win at all costs and, for the coach, they were the right men. I have accepted his decisions, it must be done for the national team."

Napoli sit a point clear of Juventus at Serie A's summit and Insigne says the disappointment of missing out on the World Cup allows him to focus fully on securing a first league title since 1990 for his club.

"The Scudetto with Napoli is my goal," he added. "I and my team-mates will do everything until May to make it happen."