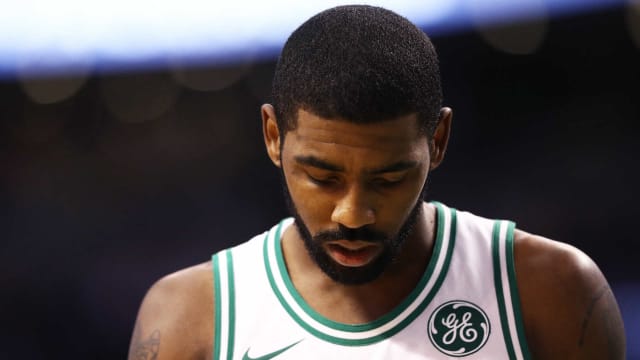 Boston Celtics point guard Kyrie Irving is expected to make his return to the court against the Brooklyn Nets on Tuesday.

Irving sustained a facial fracture when he was caught by the elbow of team-mate Aaron Baynes during Boston's 90-87 victory over the Charlotte Hornets on Friday.

He sat out as the Celtics beat the Toronto Raptors 95-94 on Sunday but participated in the team's shootaround on Tuesday and told reporters that he plans to wear a face mask in Brooklyn.

"I just want to keep this thing [my face] as pretty as possible, but it's getting tougher and tougher the more aggressive I play," said Irving, via ESPN.

"I hate wearing it, but somehow it's caused a craze on Instagram as well as social media.

"But I understand that it's just for my safety, so throw on the mask for a few weeks and go about my business."

Celtics coach Brad Stevens said: "It's going to be pain tolerance, comfort with the mask. All that stuff - that's between him and our medical staff. He went through everything this morning."