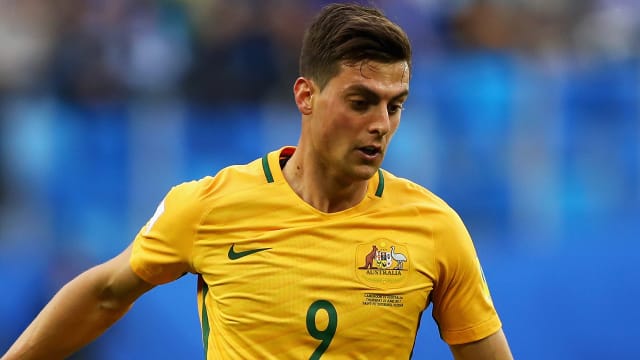 Australia missed a chance to take control of their World Cup play-off against Honduras, drawing 0-0 in the first leg in San Pedro Sula on Friday.

The Socceroos may be left to rue their failure to score an away goal after a dominant performance at the Estadio Olimpico Metropolitano.

The game's two best chances fell to Tomi Juric, who squandered a one-on-one opportunity before being denied by Donis Escober in the second half.

Honduras had brief moments but rarely threatened in front of their fanatical home fans.

The Socceroos' display will give coach Ange Postecoglou, whose future is unclear, plenty of confidence that his team can reach Russia 2018 ahead of the second leg in Sydney on Wednesday.

The equation is simple. Win on Wednesday night and we will go to the @FIFAWorldCup. #GoSocceroos#HONvAUSpic.twitter.com/xjiAjl41jz

For Jorge Luis Pinto and Honduras, veteran goalkeeper Escober was fit enough to start after some doubts due to a leg muscle injury.

The Socceroos, without suspended pair Mathew Leckie and Mark Milligan and the injured Robbie Kruse, were boosted by the return of captain Mile Jedinak in midfield.

The hosts created a great opportunity in just the fifth minute as Carlos Lanza got in behind, but Trent Sainsbury made an important sliding challenge in the area.

As Australia adjusted to the poor-quality surface, they also tested Escober early, Massimo Luongo surging into the area before forcing a save from the shot-stopper.

The Socceroos thought they had a penalty in the 20th minute after Escober collided with Bailey Wright, who had headed over the crossbar, but the referee decided not to award a foul following a consultation with his assistant.

Postecoglou's men looked the more likely throughout the first half and again went close in the 36th minute, Juric firing wide in a one-on-one with Escober after brilliantly losing marker Henry Figueroa with a flick.

The visitors continued to threaten after the break and Juric had another great chance in the 54th minute, the Luzern striker's header from a Josh Risdon cross tipped over by Escober.

Both flanks appeared the most likely outlets for a Socceroos opener, but there were fewer openings in the final half-hour.

Instead, Australia goalkeeper Mat Ryan needed to make a save, keeping out a powerful Carlo Costly effort as the tense clash finished goalless.