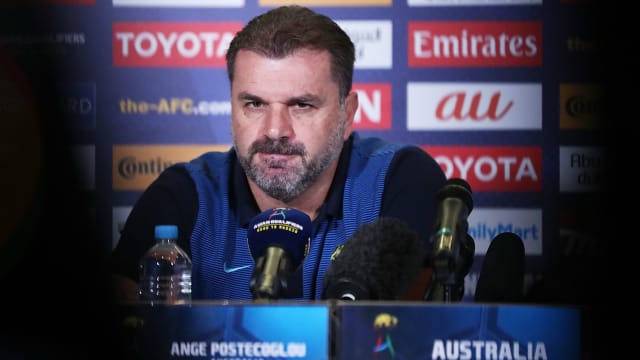 Postecoglou's future is uncertain having refused to confirm whether he will remain at the helm if the Socceroos qualify for the 2018 World Cup in Russia.

The 52-year-old has since emerged as a possible replacement for Pedro Caixinha, who was sacked by the Scottish side last month.

But Postecoglou insisted he is solely focused on guiding Australia to next year's showpiece tournament as the Socceroos prepare for Friday's first leg of their inter-confederation play-off in San Pedro Sula.

The backdrop to our training ground in San Pedro Sula is stunning. pic.twitter.com/iZ8Q8rQBwK

"Anything on that is not even on my radar."

Postecoglou, who has continually fielded questions about his future after Australia's AFC play-off victory over Syria, added: "You can ask the question 20 different ways, you'll get the same answer, 20 different versions of it.

"My total headspace is around making sure we qualify for a World Cup, which I think is paramount at this point.

"The interest in whether I stay or not only becomes interesting to people if we qualify but no-one seems to be interested in what happens if we don't qualify -- they're quite happy for me to walk out the door.

"If they're quite happy for me to walk out the door, why should I spend any time thinking about anything beyond that?"